How To Swim In A Straight Line

I am learning to swim at the age of 62. After seven lessons, I can now float front and back, but when I practise kicking my legs, I can't seem to go forward in a straight line. I always seem to veer sideways. I can't control this, and I have no idea why it happens. Can you advise?

Thanks for contacting me with your question. Not an uncommon one I might add, and something I’ve seen a few times before.

Veering off to one side whilst swimming, whether the full stroke or just kicking, is usually caused by one of two things: kicking harder with one leg more than the other and/or not having a straight body position - the latter being the most common.

As far as having a straight body position goes, we are talking about ‘straight’ as in the horizontal plane, in the direction of travel. If your body is angled in the water, for example, with legs slightly under and head slightly above, this is the vertical plane and will have little or no bearing on your direction of travel. If, however, your body position is banana-shaped, as an exaggerated example, you are not straight in the horizontal plane and, therefore, will veer off to one side.

Think of rowing a boat. If you pulled with one ore harder than the other, or if the boat's shape was somehow curved, you would never go in a straight line.

It only takes a subtle shift in a certain part of your body to cause a gradual drift to one side as you swim, especially during a leg kick exercise, as you have nothing to control your upper body easily. Subtle things to be mindful of include: having your head tilted slightly to one side (the most common), having one shoulder slightly hunched or raised than the other and having one foot turned out more than the other or not pointed as the other.

Any of these or combinations of these can cause a disturbance in your direction of travel.

Now, it's extremely difficult to be perfectly aligned as we swim, and it's usually the arm pull technique of whatever stroke we’re swimming that keeps us on course in the direction we are travelling.

So, if you’re veering off during a leg kick exercise, then I wouldn’t stress about it, as it can all be corrected when you add the arms and swim the full stroke.

If it still bothers you, hopefully, you will find some of my tips and advice helpful.

It's always nice to hear from someone who proves that age is not a limitation when learning to swim! I wish you every success with your swimming lessons.

The Complete Beginners Guide To Swimming 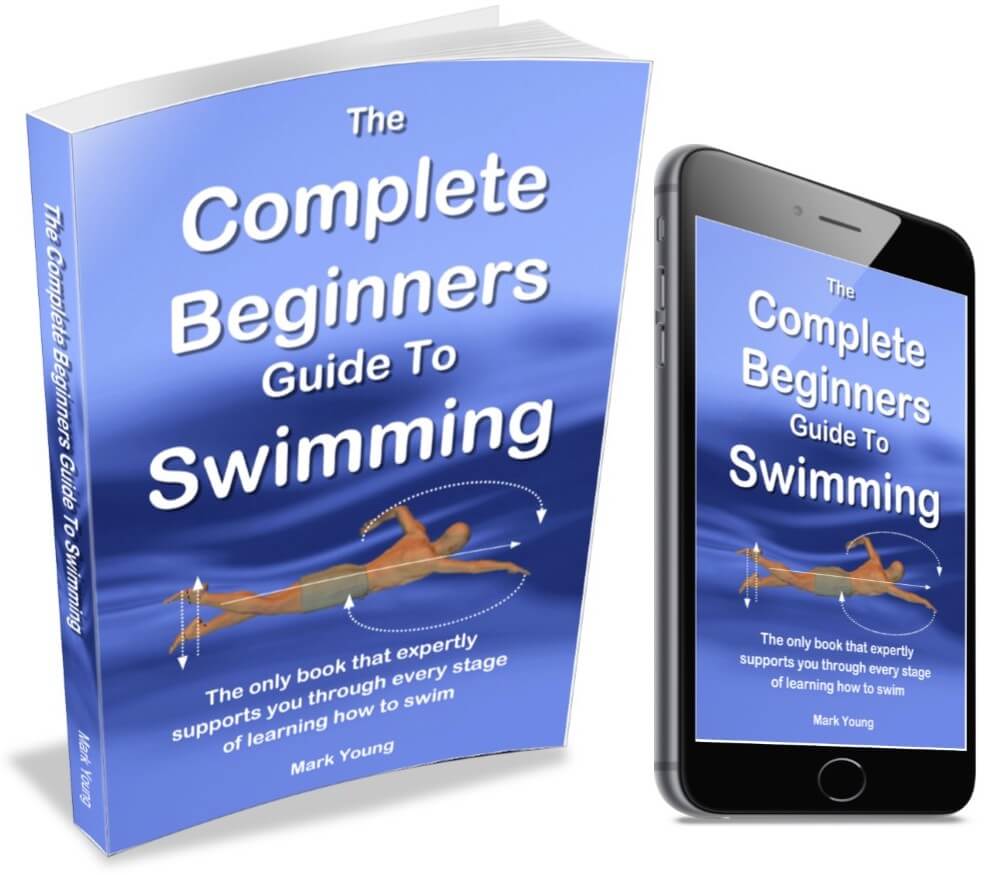